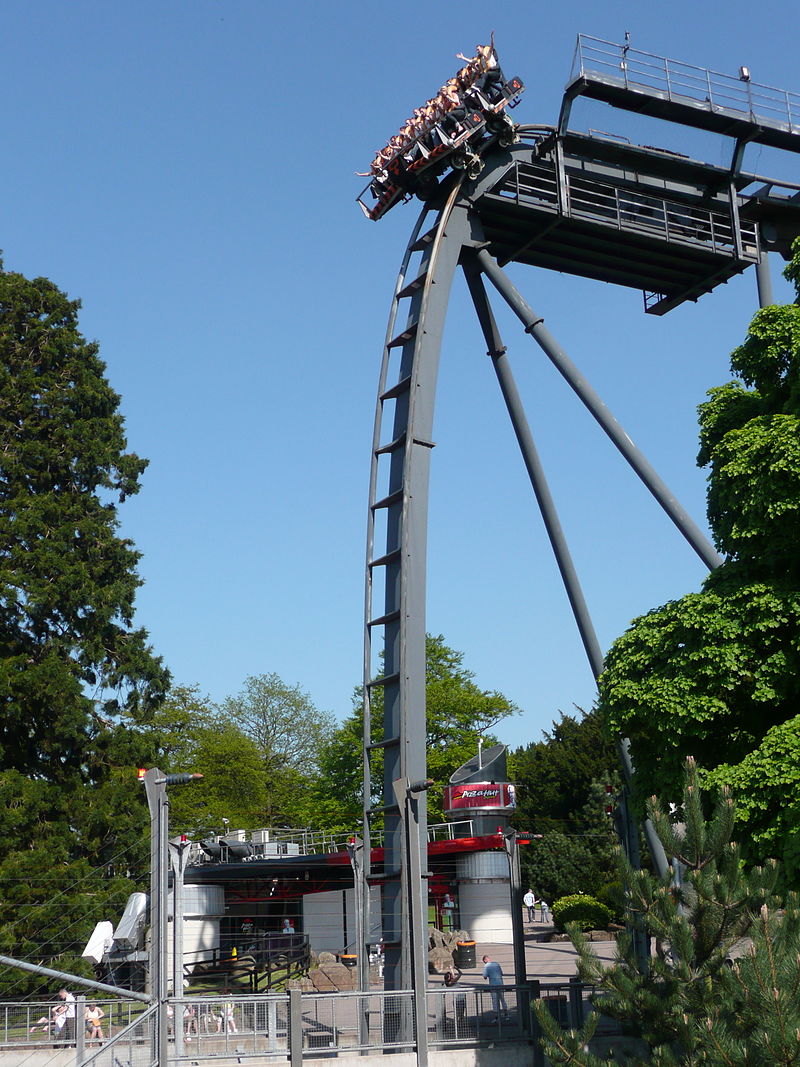 The Dive Coaster is a steel roller coaster manufactured by Bolliger & Mabillard where riders experience a moment of free-falling with at least one 90-degree drop. Unlike other roller coasters where the lift hill takes the train directly to the first drop, a Dive Coaster lift hill leads to a flat section of track followed by a holding brake which stops the train just as it enters the vertical drop. After a few seconds, the train is released into the drop.

Development of the Dive Coaster began between 1994 and 1995 with Oblivion at Alton Towers opening on March 14, 1998, making it the world’s first Dive Coaster. The trains for this type of coaster are relatively short consisting of two to three cars. Bolliger & Mabillard have recently begun to also use floorless trains on this model to enhance the experience. As of May 2016, ten Dive Coasters have been built, with the newest being Valravn at Cedar Point. 2 more Dive coasters are scheduled for opening in 2017 and 2018. The first and second dive coaster installed do not have the famous 90-degrees first drop.
This kind of drop was first installed on Sheikra at Busch Gardens Tampa which opened at 21 May 2005.
Sheikra also had two more firsts on a dive coaster, an immellmann inversion and a splashdown. 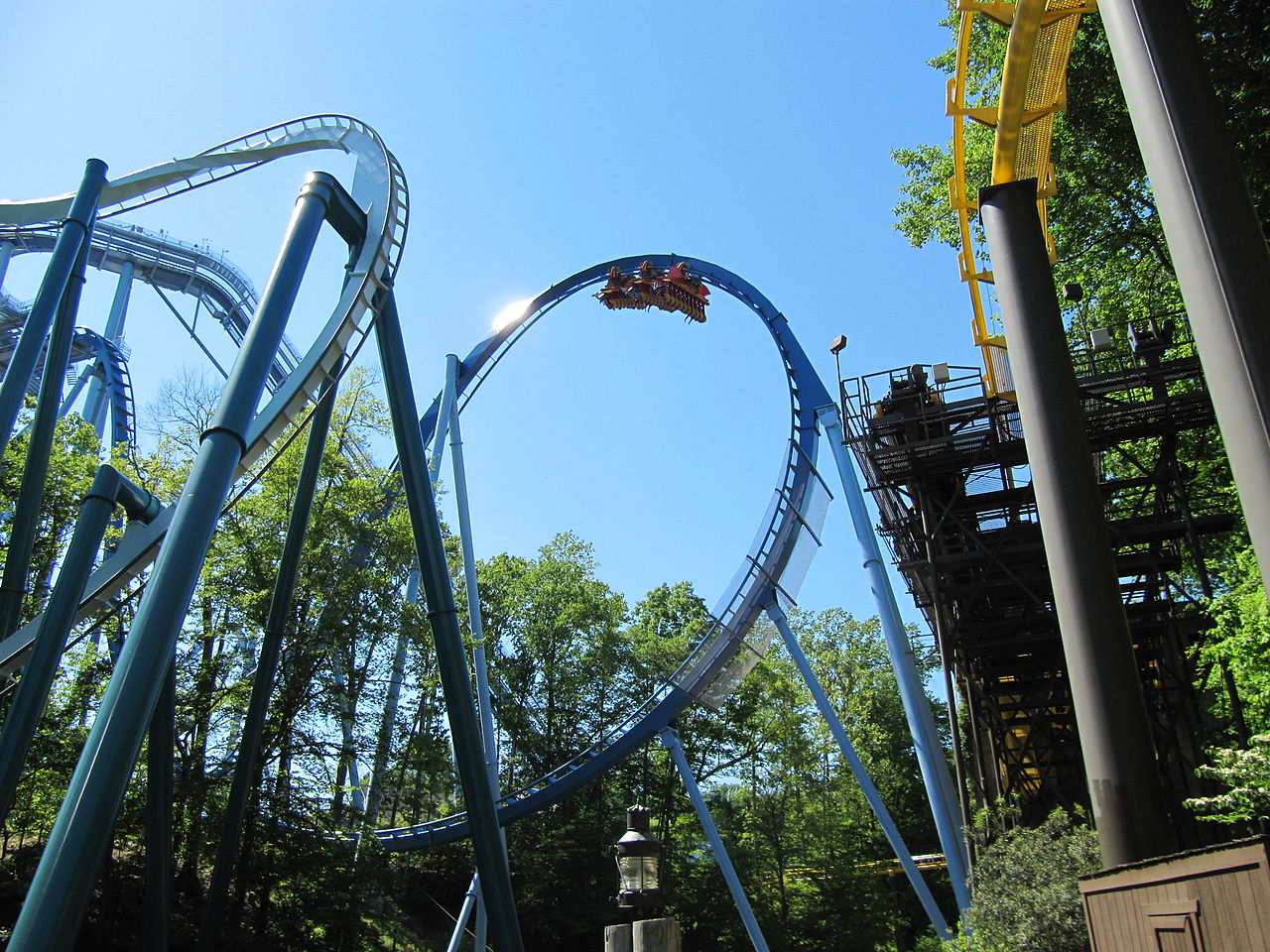 2 years later Busch Gardens Williamsburg, the sister park of Busch Gardens Tampa opened Griffon on 18 May 2017.
Griffon really looks like a extended version of Sheikra and had 5 records when it opened to the public. It was the first Floorless divecoaster and it has the widest dive coaster trains with 10 passengers next to each other. Griffon is also the highest and fastest dive coaster at opening and the first dive coaster with 2 immelmann inversions. 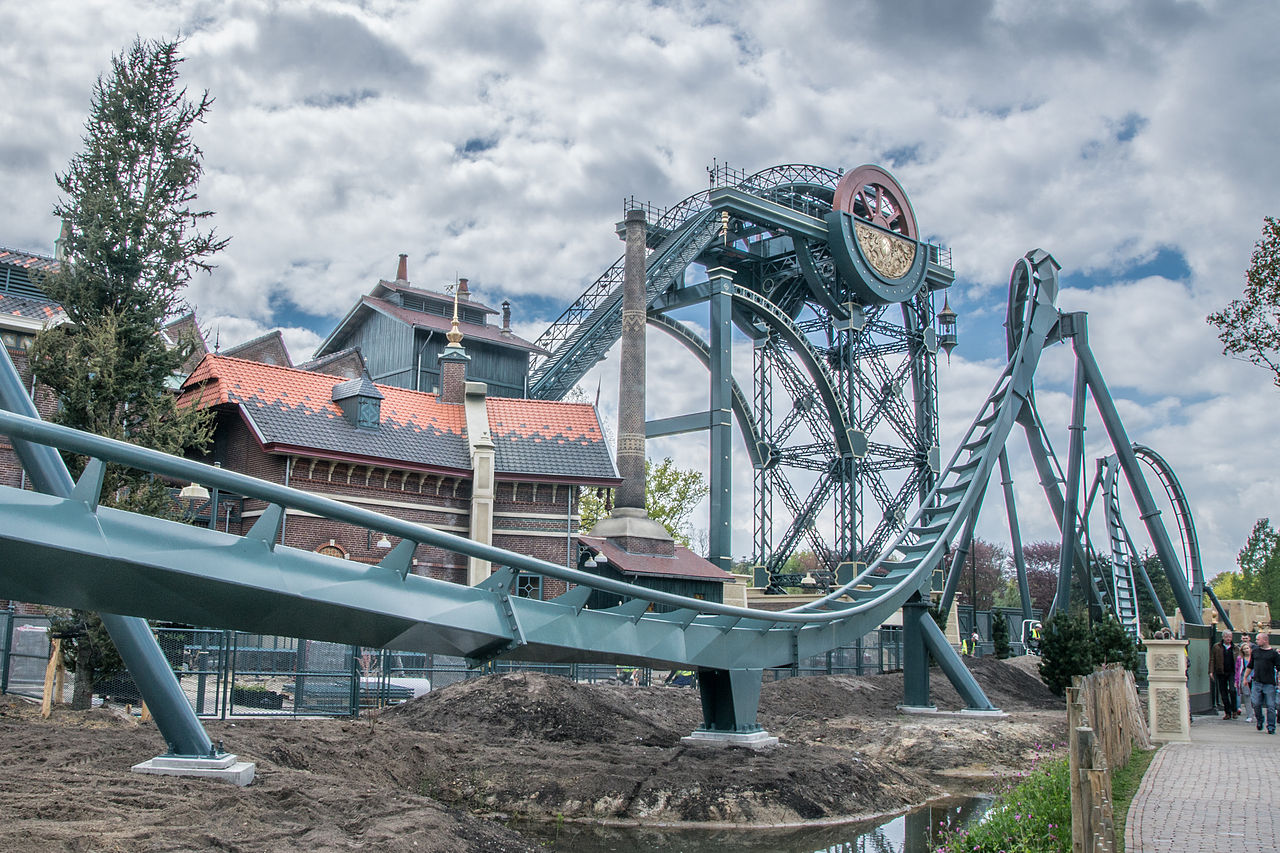 The next following years more dive coasters were build all over the world.
With the 3 smallest opening in Europe. They all have the smaller trains, with only 6 passengers next to each other.
The first, Krake opened at 16 april 2011 in Heide Park in Germany.
The second, Oblivion: The Black Hole opened at 28 March 2015 in Gardaland in Italy.
And the third one, Baron 1898 opening at 30 june 2015 in Efteling in The Netherlands.
Baron 1898 is the first dive coaster manufactured by B&M that doesn’t feature a turn between the lift hill and the first drop. And it is also the first fully themed dive coaster, themed to a “cursed/haunted” gold mine. 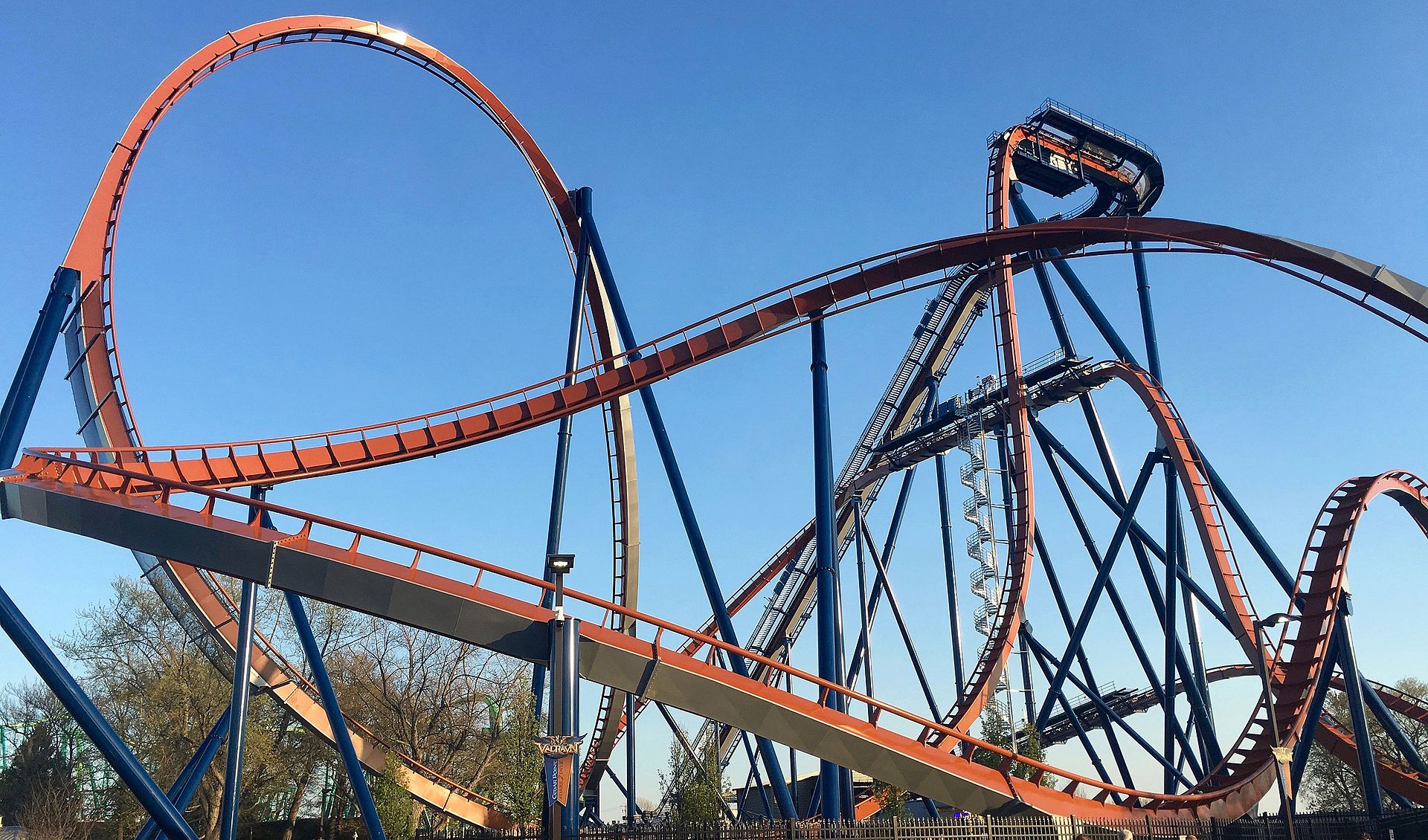 On 7 may 2016 the latest dive coaster opened, Valravn at Cedar Point in the United States.
Valravn broke 6 dive coaster records at opening.

For the next couple of years 2 more dive coasters are under construction, one at a Happy Valley park in China and the other at Liseberg in Sweden.