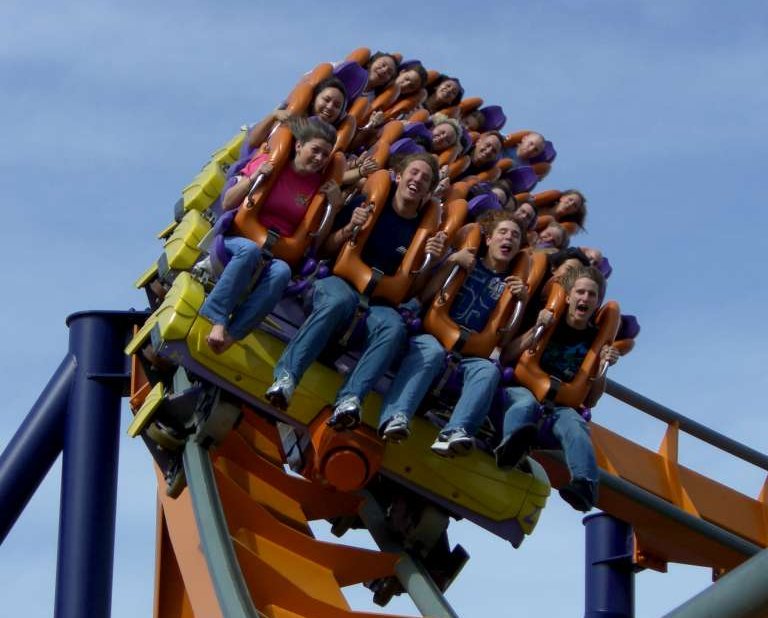 A Floorless Coaster is a type of steel roller coaster manufactured by Bolliger & Mabillard where riders sit with no floor underneath them allowing their feet to swing freely just above the track. Development of the Floorless Coaster began between 1995 and 1996 with Medusa (now known as Bizarro) at Six Flags Great Adventure opening on April 2, 1999, making it the world’s first Floorless Coaster.

The design of a floorless coaster has many simularities to a sitdowncoaster, but also some differences. The simularities are that in both rollercoaster you sit in trains above the track and the coaster has some inversions.
The differences between the two types of rollercoasters are only located in the floors.
A normal sitdown coaster has trains with floors, where in a floorless train your feet are dangling free above the track. For loading and unloading of a floorless train there are special floors in the station that can be lowered and lifted between te cars. 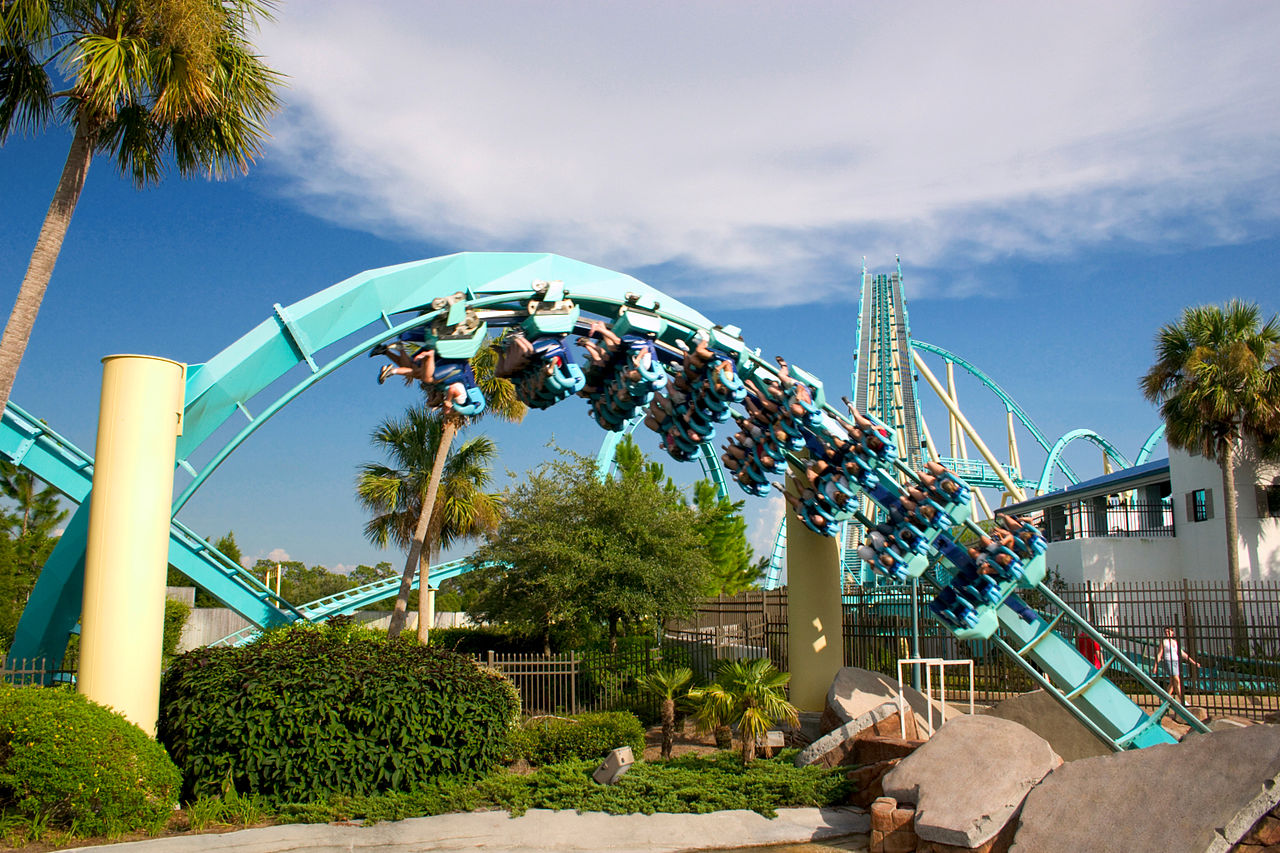 Kraken was the last one to open that year, but it is one of the more loved floorless coasters because of the ride layout and the theming of the ride.
But Batman: Knight Flight had a slightly longer track. And this still is the longest floorless coaster till date.

On 6 april 2002 the first B&M floorless coaster in Europe opened at Parque Warner Madrid, Superman: La Atracción de Acero.
It features 7 inversions: a Vertical Loop, an Immelmann, a Zero-G Roll, a Cobra Roll and two Interlocking Corkscrews. It has the signature B&M pre-drop before going down a straight drop, instead of a swooping drop like on most B&M looping coasters. 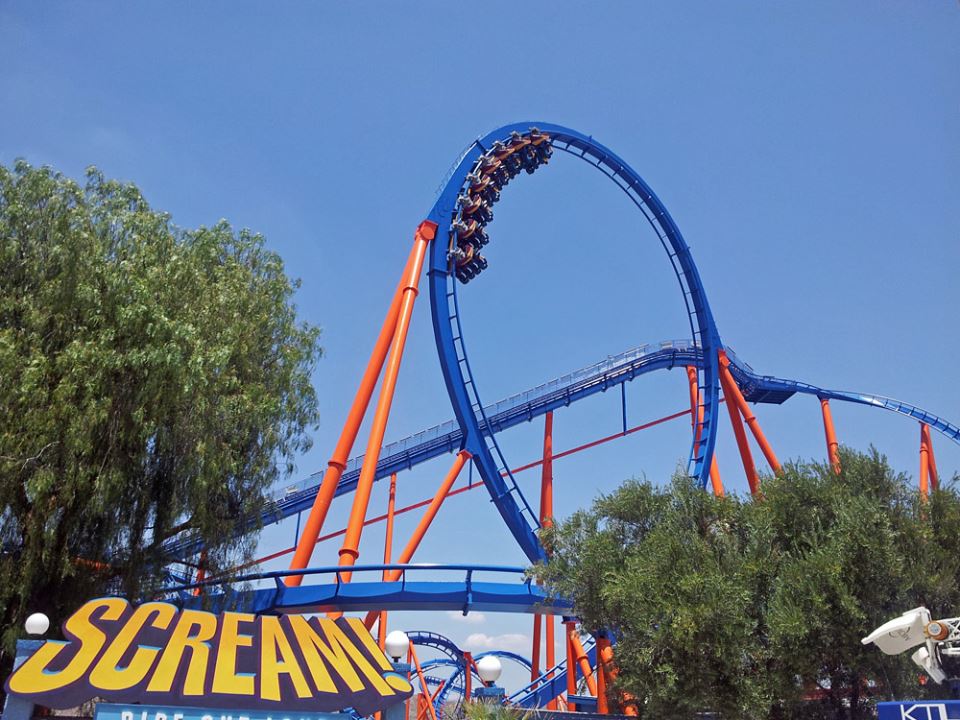 In 2003 Six Flags Magic Mountain opened a clone of the first floorless coaster ever opened.
Scream!, got the beloved layout of Medusa (Six Flags Great Adventure), but got the worst location possible in the park. Scream! is located on a former area of the parkinglot, with the tarmac still in place.
This makes Scream! one of the least popular rides of the park, with waiting times of less than 5 minutes. 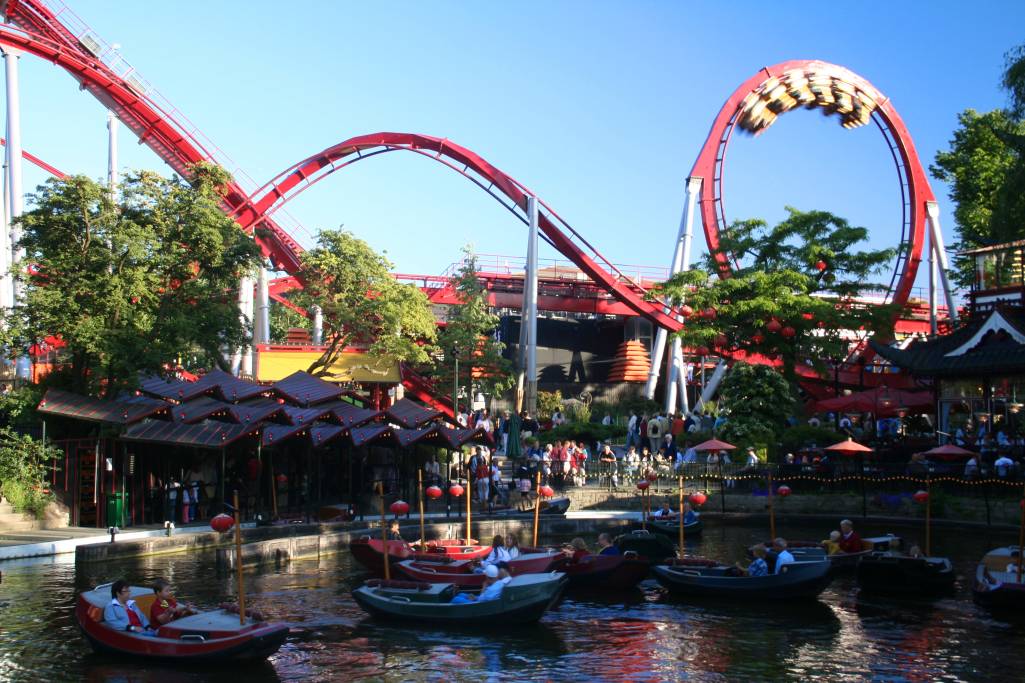 On 16 april 2004 Tivoli Gardens in Denmark opened the smallest B&M floorless to date.
Dæmonen or Demon reaches a height of 92 feet, is 1,850.4 feet long, and reaches a maximum speed of 48 miles per hour. The roller coaster features a vertical loop, an immelmann loop, and a zero-gravity roll. Dæmonen replaced Slangen, a family roller coaster.

A record number of guests attended the park in the coasters opening year, but the public has since given the ride mixed reviews. 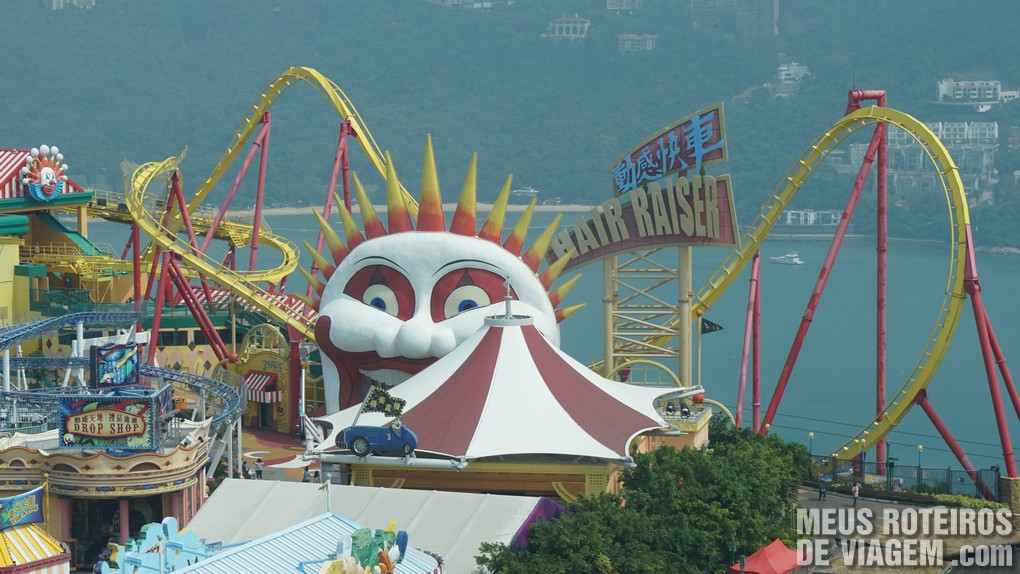 After another floorless installation in 2005 with Hydra the Revenge (Dorney Park), that was again not so well recieved by the fans, the next installation had more or less the impact of an atom bomb.

Hair Raiser which opened in 2011 at the Ocean Park in Hong Kong to rave review, al because of the interesting layout and the impressive location of the rollercoaster.
With the lifthill and firstdrop going up and down a vertical cliff, you have a great view at the waters of East Lamma Channel from every part of the ride.

The last floorless coaster to open to the public is Nitro at Adlabs Imagica in India.
This coaster has the same layout as Insane Speed which opened in 2001 at Janfusun Fancyworld in Taiwan, except from a different first drop. 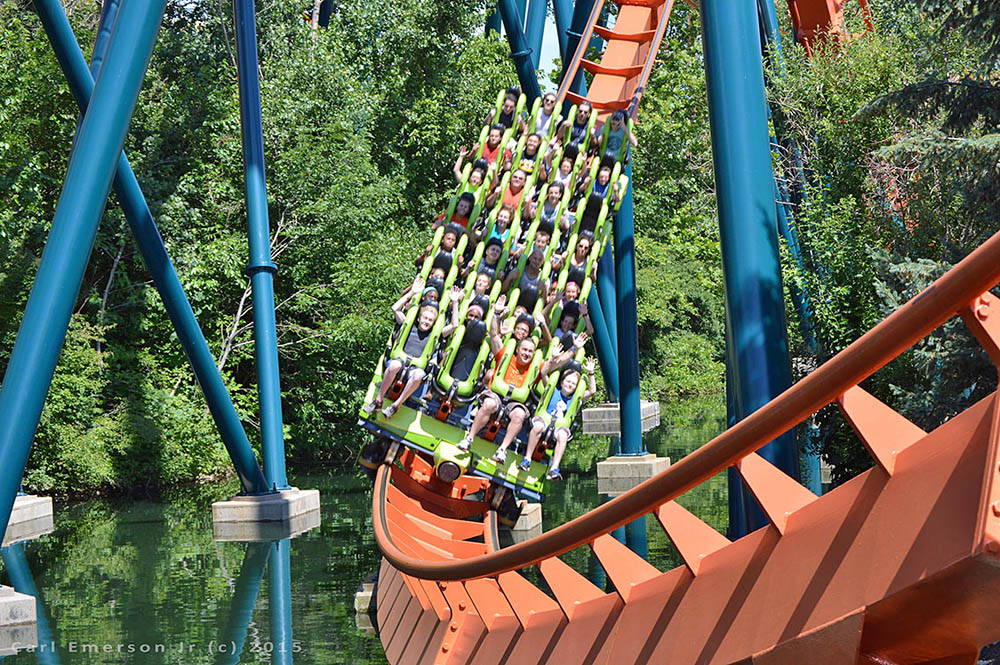